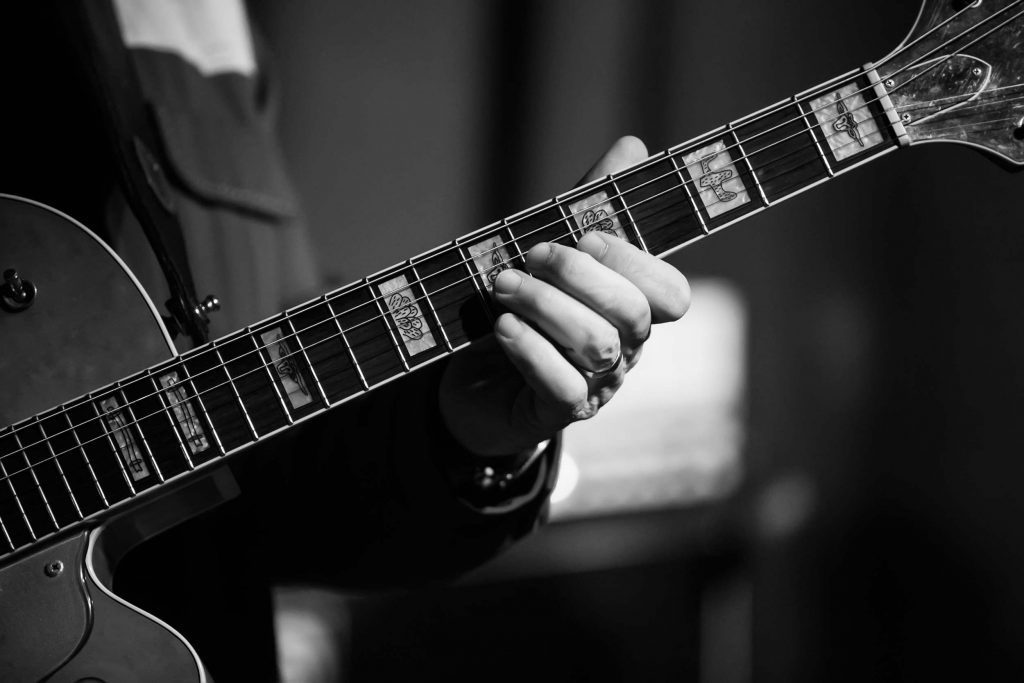 PEOPLE ARE TALKING ABOUT

“The Lustre Kings dig that true-hearted rockabilly has a country core, and their unfeigned love of the rebel music is infectious. The good-time sounds purveyed by Gretsch-slinger Mark Gamsjager and company swing, bop, and wheel in formidable fashion; so enthusiastically so that the world's hardwood dance floors surely fear the Lustre Kings.”
No Depression, San Franciso, CA
“The Lustre Kings can do it all!”
Scene, Appleton, WI
``A cold beer, a hot date and the Lustre Kings. Real roots rock and roll never sounded so good.``
WAMC Northeast Public Radio, Albany, NY
“The concept behind Go Green, the fifth album by Mark Gamsjager and his beloved Capital Region rockabilly-swing group, The Lustre Kings, was to recycle (hence the “green” in the title) a selection of killer cuts that frequently make it into the band’s live show. The highlights here are many, from the sultry cover of Neil Sedaka’s “Fallin’,” led by guest vocalist Caroline MotherJudge, to a gloriously weepy version of the instrumental classic “Sleepwalk.”
The Daily Gazette, Schenectady NY
``(Mark Gamsjager is) the one with the badass rockabilly hair and the Gretsch hollowbody. The Albany NY-based Lustre Kings’ commitment is matched only by their ability. Small wonder they’re constantly on the road, and tour regularly with Wanda Jackson, as opening act and backing band.``
3rd Coast Music, Austin, TX
“The key to The Lustre Kings’ music is their masterful ability to swing—something of a lost art since rock & roll lost the roll in favor of rock. Check out Doc Pomus’ “Boogie Woogie Country Girl” or bluegrass kingpin Jimmy Martin’s old-school country shuffle “You Don’t Know My Mind,” if you need convincing. And Go Green isn’t all pedal-to-the-metal high-speed rockabilly, either. Ultimately, there’s a little something for everyone on the album—twang, swing, sass, sway and plenty of rip-snortin’ rock and roll. You can’t go wrong with Go Green.”
Nippertown.com, Albany NY
“This is the Lustre Kings’ fifth album and it’s a whopper. The first thing that will hit you is the sound; big, luscious and right. You can hear the smile in Mark Gamsjager’s voice, kind of a Dave Edmunds-y high and lonesome wail… Go Green is an adventure, and a fun one, from start to finish.”
Metroland, Albany NY
“This is a pure as it gets, folks. In many instances, rockabilly has been regulated as a spice, an afterthought, a detour for Americana artists who wanna fill dance floors. But ladies and gentlemen, The Lustre Kings are 100 percent rockabilly and there ain't room for much else.”
City Newspaper, Rochester, NY
``It's refreshing to find a band that may believe rock and roll began and ended with Elvis, but also knows how to play all that rich, rare stuff in between—and knows how to play it like it matters.``
The Record, Troy, NY
``Dressed up in flashy Texas threads with a hint of Hollywood sparkle, The Lustre Kings are a New York rockabilly band whose music recalls an idealized past. These Kings kick out the Cochran, roll out the Wray and pump up the Presley.``
Creative Loafing, Atlanta, GA
``The Lustre Kings are more than just another rockabilly revival outfit churning out versions of popular Elvis Presley and Chuck Berry tunes. Lead singer and guitarist Mark Gamsjager has a natural affinity for the music and delivers a rootsy twang on his electric Gretsch guitar.``
Berkshire Living, Great Barrington, MA
``(The Lustre Kings’) soulful, greasy, nasty, all-American Sound is impossible to resist. Indeed, after having heard hundreds of new bands over the last thirty years, I gotta say this one belongs to the select few you can count on your hands.``
Rollin' Rock Records, Las Vegas, NV
BACK TO TOP
518-755-2666 // EMAIL // BOOK NOW